skip to main | skip to sidebar

We went to the Science Works Museum in Ashland yesterday. Mel wasn't able to go, he had to work. We missed him though. Dad, Mom, Jason, Shelli and the kids all went. We had a lot of fun! Jason is so funny. I wish I could have just followed him around so I could laugh all day! I have the greatest sister in law in all the world! I love Shelli so much! We just laughed and laughed and had fun playing at the museum. I didn't understand why they made adults pay $7.50 to get in until I started playing and having fun! It was way fun. BUT - For all the money we paid (I mean my parents treated us to) to get into that place, you think they'd clean the bathroom. I had to go so badly so I went in the bathroom, and turned around walked right out. I would've rather pee'd my pants. 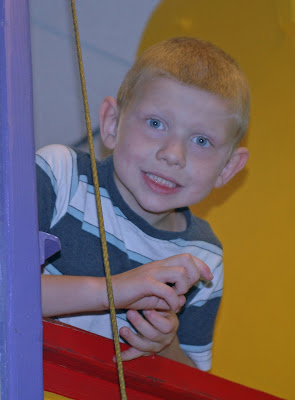 AJ's favorite part of the museum was the bubble room. 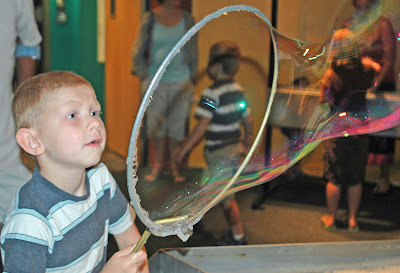 This was cool! You can see the bubble popping! 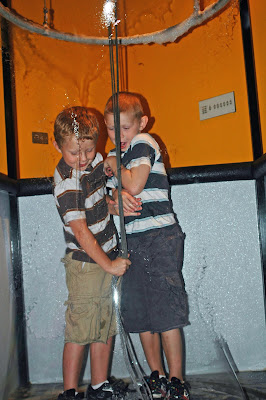 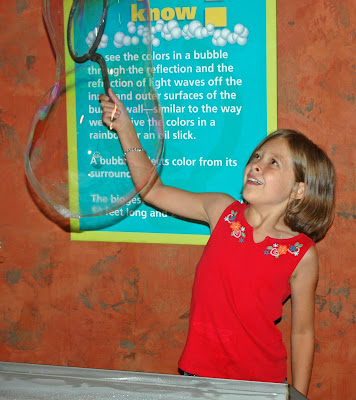 From this picture, I'm assuming Jason loved the bubble room too! 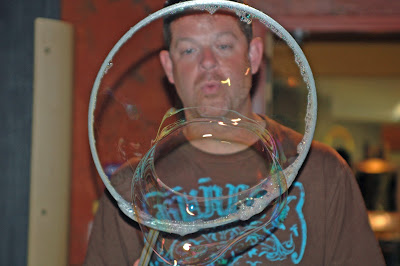 Andy's favorite part of the museum was this cool tennis ball shooter. I should have taken a picture of it, cause there is no way I could ever explain it! 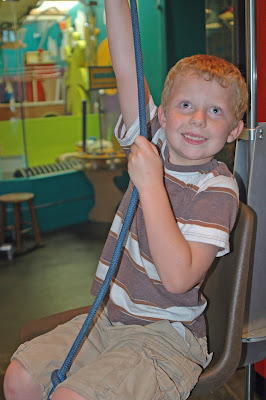 I think Shelli enjoyed the thing she's sitting in. You sit in this chair and "try" to pull yourself up. She tried, that's all I'm going to say about that. 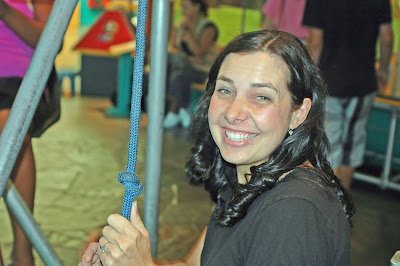 Autumn, I think, liked me taking pictures of her. =) 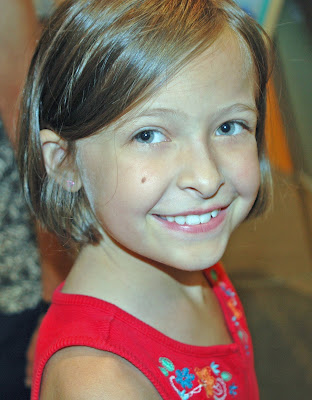 I think Aiden liked everything, cause he was ALL over the place! 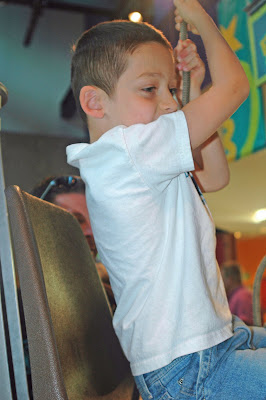 Awwwww, and here is Grammy! I think she liked watching all of us kids play! 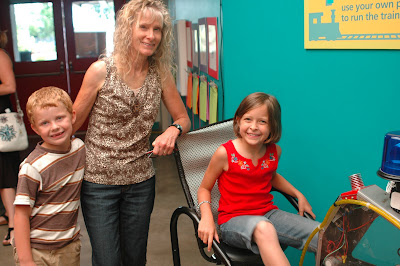 Well, this was the best picture we could get from all of the Gale-Galli hypers. We tried and that's all that matters! All the pictures I took of Asher didn't come out at all! I am so mad! I'll take some more of him when we see them next! 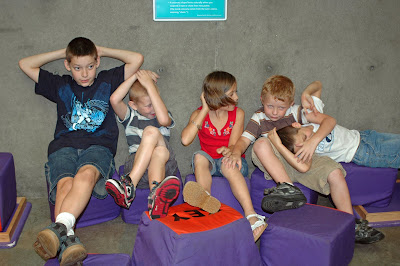 Jason and Shelli treated us all to Pizza Hut (Shelli's most favorite place) after the museum. My kids were so excited! Plus, my parents and Jason and Shelli suprised Andy and brought him a bunch of birthday presents! Which, he LOVED by the way!! Autumn made him the rocket he's holding. She made it with a cup, paper and markers! All by herself! It's so adorable! It's even cuter that Andy has been holding it all day, making sure it's "safe" so nobody ruins it! He loves that rocket just as much as he loves the lego's they bought him! 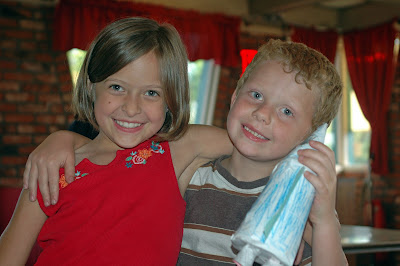 Labels: AJ and Andy, Grammy and Papa, The Gale Cousins

This looks really fun! I sure am glad you have a blog now!

I know! Me too! I love doing it to! I'm making a flickr account and going to put the badge on here so people can look at all the pics and my photography stuff too! =) I love the internet! Yes, I'm a dork!

What we are about:

Mel and Annie
***LOVE FAMILY COMMITMENT*** I'm a photographer, I will always have a lot of pictures and videos. We are a very active family. Crazy, hyper, a lot of energy... do random things type of family. We love to laugh and play with our kids, and spend time together as a family. We love the Lord and our sole purpose in life is to live for Him and teach our children to love the Lord as much as we do. Enjoy our G4 ZOO (aka our life)!!! 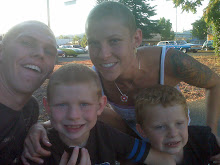